Our Team of Legal Professionals in Gulfport & Biloxi 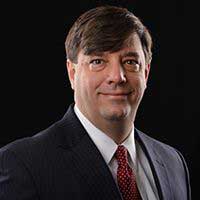 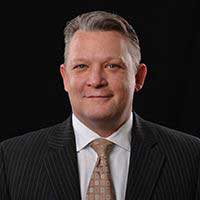 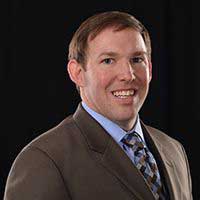 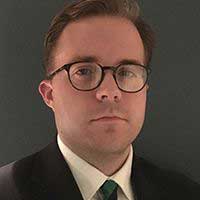 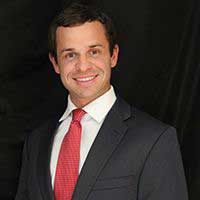 Our attorneys also serve as title agents for Chicago Title Insurance Company, First American Title Insurance Company and The Security Guarantee Title Insurance Corporation of Baltimore, and handle both simple and complex real estate and commercial transactions as agents for these companies. Robert is an AV Preeminent® rated attorney by Martindale-Hubbell®. This is the highest possible rating for an attorney for both ethical standards and legal ability. It is achieved only after an attorney has been reviewed and recommended by their peers — members of the bar and the judiciary.

Born in Hattiesburg, Mississippi, in 1971, Robert graduated from North Forrest High School in 1989 and then attended the University of Southern Mississippi (USM), where he received a Bachelor of Accounting degree in 1993. While at USM, Robert was a member of the Sigma Alpha Epsilon fraternity. Following graduation from USM, Robert received his Juris doctorate degree from the University of Mississippi (Ole Miss) in 1996. While at Ole Miss, Robert was the Stephen Edward Lanius Scholarship recipient. He was also a member of the National Security Law Journal and served as a Moot Court Board Member.

Born in San Diego, California, in 1972, Mark graduated from Starkville Academy in 1990, and then attended Mississippi State University where he received a Bachelor of Arts degree in Political Science in 1994. While at State, Mark was a member of the Sigma Chi fraternity. Mark was a member of the Phi Kappa Phi honor society and Mortor Board. He was also a President’s List scholar, Dean’s List scholar and honors graduate. Following graduation from State, Mark received his Juris doctorate degree from Ole Miss in 1997.

Mark is a member of the Mississippi Bar Association and the Real Property Section of the Mississippi Bar. He is an Advisory Board Member of BancorpSouth Bank and is active in various committees and charitable organizations. Mark resides in Biloxi with his wife, Jackie, and children, McKay and Jack. He and his family are active members of Our Lady of Fatima Catholic Church, Bayou Bluff Tennis Club, Pass Christian Yacht club and the Revelers Club.

Dustin Williams has practiced law in Gulfport since graduating from the University of Mississippi and his subsequent admission to the Mississippi bar in 2006. He currently works alongside senior partner Mark Orgler in the firm’s Gulfport office.

A native of Lexington, Mississippi, Dustin graduated from Central Holmes Academy in 1999 and then attended Mississippi State University (MSU) where he received a Bachelor of Business Administration degree in 2003. While at MSU, Dustin was a member of the Sigma Alpha Epsilon fraternity, Mortar Board Honor Society, and served as Senior Class President. Following graduation, Dustin received his Juris doctorate degree from the University of Mississippi. Dustin resides in Gulfport with his wife, Ashley Giardina Williams, their daughter, Ava Kathryn Williams and their son, Nathan Ross Williams. He and his family are active members of St. James Catholic Church in Gulfport, MS.

Get the Help You Need Today

Hours:
Monday - Friday 8 - 5
And by Appointment

This web site is designed for general information only. The information presented on this site should not be construed to be formal legal advice, nor the formation of a lawyer/client relationship.